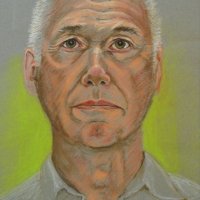 Richard Saville Knowles
From a very young age I always took great pleasure in drawing, painting and modelling. I realised then that I had an aptitude for creativity.

At school I also enjoyed any practical subject such as metalwork, woodwork, draftsmanship... I particularly seemed to excel at art.

In September 1960 I was accepted into Wakefield Art College. I began a four year course practicing most of the disciplines in Art and Crafts. I exhibited work in the West Riding Art Exhibition. Being in my element studying art I found the days passed quickly. It was a revelation to see and be influenced by the talented Students at the College.

After College I found it difficult to find work involving art. I needed to support myself and via a temporary job as a Storeman in a hairdresser’s sundries business I eventually took a vacancy as an Assistant Fingerprint Officer for the then West Riding Constabulary. I spent 39 Years in Fingerprints becoming Principal Fingerprint Officer for Derbyshire Constabulary and Chief Fingerprint Officer at Thames Valley Police. Very occasionally I painted for pleasure but with bringing up a family there always seemed to be time constraints. On reaching retirement and having 'plenty of time' it was a golden opportunity to hopefully try realise my earlier potential in art.

I now believe that the years spent in Fingerprints studying minute detail has helped my ability in some of the art work I am now producing.

After spending nearly three years renovating yet another house, Art, well and truly got under my skin again. Since then I have been tenaciously developing skills in different media, starting to realise my potential. Drawing is a must. My wife Jackie is my best critic and has a totally honest opinion but is very supportive, as are my two sons, Adrian and Jeremy.

I have become fascinated by reflections and the way that water bends and distorts the reflected image but always in a controlled way. I currently find pastels and acrylics to have the versatility I am looking for. Reflected light is also a great subject but difficult to reproduce in the same intensity as in life without using dark contrasts. My work is evolving all the time I like to alter colours in a subtle way. It interests me that you can use colour manipulation of your paintings on a computer to obtain different effects. 2012 saw me developing my art via a new route. Inspired by David Hockney's work using an iPad with the 'brushes' app I started to create and exhibit images in 2012 from the iPad. In 2014 I took up painting in oils again after a 40 year absence which is adding to my experience.

Like other artists I find it interesting how the light changes in different parts of the country and in different countries. In 2014 I had a surprise trip to South Africa. I found how different the light was there. The subject matter was from landscapes to wild animals and different flora. In 2015 I completed a painting of a Lion. The first painting I have ever done of an animal!
I am a member of Ashby Art Club.
Building a studio gave me a lot more scope for painting and framing, plus relieving the pressure on our living space. I also give demonstrations at Art Clubs, which I really like even though there is pressure to be informative and to finish a painting.

There are virtually no new subjects to paint or styles to paint them in but a great opportunity to create paintings using subjects that interest me while developing ‘my style’. Currently I am painting very representational but am still mastering this style.

Last year I had the painting 'Venice reflections' accepted for exhibition in the Leisure painter national competition held at Patchings, Nottinghamshire. The painting, I'm pleased to report, receiving a 'Batsford' award.

I took to using Twitter (@savilleart) in 2012 and am amazed and inspired by the art connections I now have all over the world!


I paint using the name 'Saville'.
Use the arrows to scroll through the images. 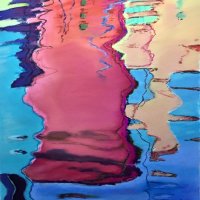 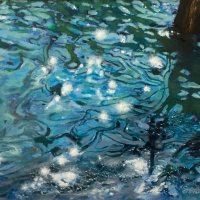 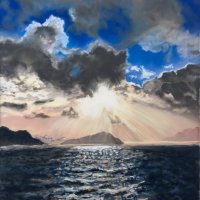 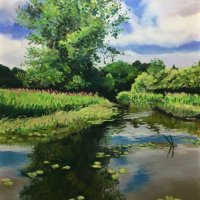 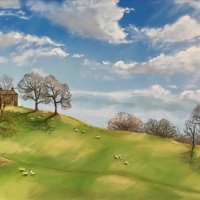 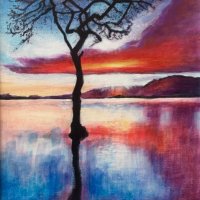 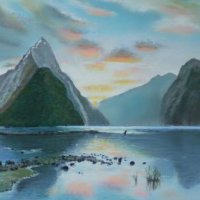